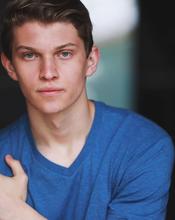 While not experienced in writing theater biographies, Sean Rogers has plenty of experience on the stage. The most prominent roles throughout his high school career include Jason Dean (J.D) from “Heathers: The Musical”, The Wolf / Cinderella’s Prince from “Into the Woods”, and John Proctor from Arthur Miller’s “The Crucible”. Other roles include Captain Hook in a competition cut of “Peter Pan” (1954 musical), and East / Phil from “Almost Maine”. In addition to traditional theater, Sean was quite successful when it came to the acting/monologue events of Speech and Debate. Within the event of Dramatic Interpretation – a ten-minute dramatic one-man performance of a book/movie/play – Sean won dozens of championships with cuts of “So I Killed a Few People”, “Into Thin Air”, and “Silent No More”. Within the event of Humorous Interpretation – a ten minute humorous one-man performance of a book/movie/play – Sean won dozens more championships with cuts of “Monty Python and the Quest For the Holy Grail”, “Dr. Horrible’s Sing-Along Blog”, “Hyperbole and a Half”, and even secured 7th place at the National Speech and Debate tournament his senior year with a cut of Jim Carrey’s “Liar Liar”.

In terms of training, Sean has been involved in theater production and acting long before high school. Ever since the age of 12 years old, Sean was a student at Oakwood school’s “Academy of Creative Education” theater intensive. This program presented students with a general theme, and allowed the students to write the show, and act in it once it was completed. After becoming too old to be a student within the program, Sean served as an intern for the program directors, working elements of tech including lights and sound and helping lead acting and improv exercises. This coupled with uncountable hours of rehearsal and workshop time under his belt spent preparing for the various theatrical endeavors listed in the first paragraph, Sean has certainly has had his fair share of theater experience.