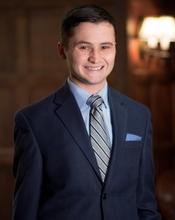 Declan Riley Kunkel is an award-winning Sound Designer and Producer who loves working with the amazing people in theater. From singing Navy Seals to America's Got Talent, his industry experience has allowed him to share what he loves with millions around the world. Declan has worked on a variety of projects both on and off-Broadway, and is currently the lead producer of Dead Man Walking. At Yale, Declan worker as a Producer and as a Sound Designer. He has consulted on several dozen productions in various capacities.

Though he no longer acts, Declan last appeared in the 2010 feature film Get Him to the Greek starring Russell Brand and Jonah Hill.

Some consider Declan to be the Michael Bay of Yale Theater. He likes doing shows.