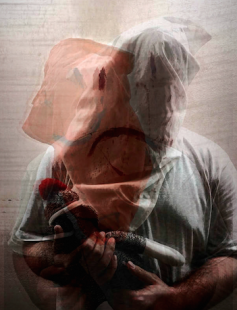 In a tale of artistic oppression, police brutality, and the subconscious erosion of the human spirit, an aspiring writer stands accused and marked for execution by the totalitarian government. There has been a series of brutal crimes committed against local children that emulate the plots of his disturbing fairy tales. It’s now up to Katurian to extricate himself from blame while protecting his brother from the hateful detectives in charge of the case. However, in this obscure environment, the spoken word is readily accepted as reality and nothing is guaranteed to be as it seems. As the night wears on, the lines between the writer’s stories and the characters’ histories blur, and it becomes clear that nobody is as innocent or as guilty as initially thought. This staging is inspired by the horror cinema of the 1990s and 21st century. Influences include the works of directors Ti West, Takashi Miike, Brad Anderson, Neil Marshall, and Guillermo del Toro, as well as the television series American Horror Story and Courage the Cowardly Dog. Featuring an active ensemble that brings the stories to life and an original experimental score, this production will surely be the one of the liveliest you’ll see on campus this year.This production features minor audience interaction. Subject matter includes physical abuse, sexual abuse, and major depression. Viewer discretion is advised.