Benjamin Beckman (b. 2000) is a composer and performer seeking to create intellectually stimulating and emotionally charged works of art for a 21st century landscape. His music, rooted in the Classical tradition, draws influence from a wide variety of styles – from post-rock, to jazz fusion, to traditional Jewish cantillation, among many others – to synthesize a new and unique sound for the modern world. 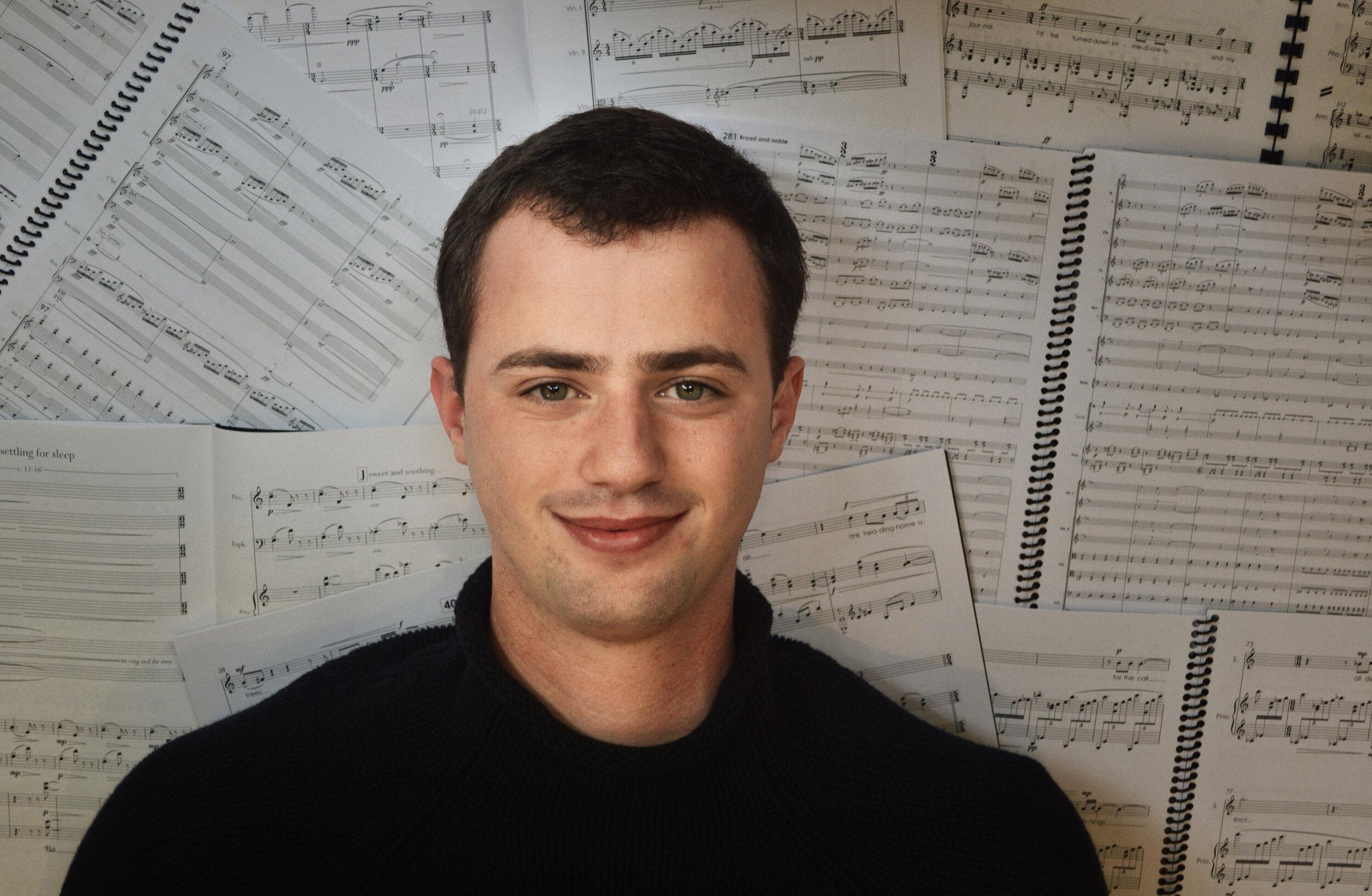 Beckman’s orchestral music has been performed by the Los Angeles Philharmonic, the National Youth Orchestra of the United States of America, the Kaleidoscope Chamber Orchestra, and the Boston University Tanglewood Institute Young Artists Orchestra. Other collaborations include those with the Long Beach Opera, Opera Theatre of Yale College, Opera Elect, Frost School of Music Ensemble Ibis, Triton Brass, the Lyris Quartet, and the Thornton Edge. His music has been notably presented on the BBC Proms, the Tanglewood Music Festival, Concertgebouw Presents: Summer Concerts, the HearNow Festival, NPR’s From the Top, YoungArts Los Angeles, and Yale College New Music. In 2021, Beckman released VOYAGE, a full-length jazz fusion album alongside saxophonist Roshan Nayar.

His compositions have been recognized by the ASCAP Foundation Morton Gould Awards, the American Composers Forum Nextnotes Awards, the National YoungArts Foundation, and composition competitions sponsored by the University of Miami, the University of Kentucky, the Metropolitan Youth Symphony Orchestra, Opera Elect, and the Boston New Music Initiative.

Past teachers and mentors include Sarah Gibson, Andrew Norman, Sean Shepherd, Martin Amlin, and Justin Casinghino. Beckman participated in the Los Angeles Philharmonic’s Composer Fellowship Program from 2016 to 2019, studied at the Boston University Tanglewood Institute in Summer 2018, served as a composition apprentice to the National Youth Orchestra of the United States of America in Summer 2019, participated in the Fifth House Ensemble’s virtual fresh inc. festival in Summer 2020, and held a Composition Fellowship with the Norfolk New Music Workshop in Summer 2021. He is currently majoring in music at Yale College where he studies with Kathryn Alexander and Konrad Kaczmarek. Beckman also teaches composition for Through the Staff, an organization dedicated to offering free music lessons to young musicians who may not otherwise have access to them.

Beckman serves as the Artistic Director of the Opera Theatre of Yale College, Composer-in-Residence of the Yale Undergraduate Chamber Orchestra, and Executive Director of the annual Yale Cantata Project. As a performer, Beckman sings in the Yale Schola Cantorum and freelances as a rehearsal pianist.

Upcoming projects include a vocal chamber work drawing text from the Book of Lamentations, a piano concerto for pianist Max Hammond and the Yale Undergraduate Chamber Orchestra, and a postrock album with producer and drummer Jack Riley.