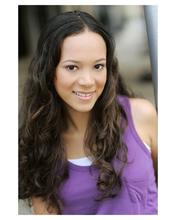 Chandler is a junior in Pierson College who has a love for theater and film! She loves acting, writing, directing, and has even tried her hand at producing. She has done three plays at Yale University and a Bulldog Productions film her freshman year. This is Chandler's second film at Yale. After graduation, Chandler plans to return to New York and join the professional world!