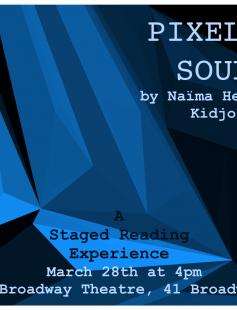 A Staged Reading ExperienceTickets: http://goo.gl/forms/x5xJdM5WkuThis play is an exploration of theatre through photography/photography through theatre. Both of these art forms give us a promise of immortality: the image captures us and through it we can be seen for decades after we die, and the play promises to encapsulate the human essence. But, at the end of the day the play is only a few hours and it can only point to a specific time in a person’s life. And, the photograph just translates your image, but doesn’t carry with it any context, any of the inner things that make a you. So, in this play I have tried to use theatre as a way to expand the image, and the image as a way to expand the characters. Each character appears only twice, but they all have their own individual and powerful shot at visibility.

Off Broadway Theater
For all inquiries, please contact:
naima.hebrail@gmail.com