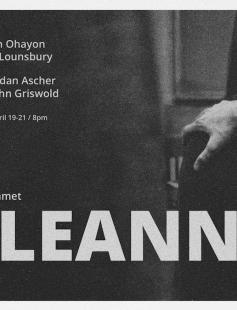 Oleanna is a gripping three-act play that examines the relationship between a professor, John, and his student, Carol. The two meet first when Carol, finding herself struggling in John’s class, seeks help. John, distracted by his recent nomination for tenure and the house he’s in the process of buying, is distant. But as their discussion continues, the two connect. The second act begins with the revelation that Carol has filed a report with the tenure committee, accusing John on inappropriate advances. As the two dissect their first meeting it becomes apparent that what seemed clear is not. Oleanna asks us to reconsider what we take for granted; it shows us that our interactions are not as simple as our assumptions may lead us to believe. It demonstrates the astonishing power of a new perspective.