a senior project in American Studies 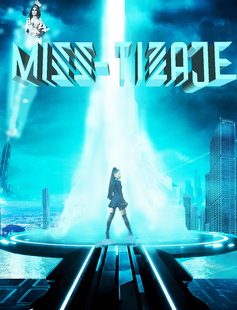 Provoked by curiosity tied up in her Colombian heritage, ANA turns to the archive for answers. However, her engagement with the archival materials does not go exactly to plan. An innocent nap during her consultation with the documents transports her to 2050, where she encounters a futuristic dreamworld and discovers herself as one of four semifinalists competing in the centennial contest of MISS-TIZAJE, a beauty pageant in which Latinas compete to be recognized as emblems of Latin American modernity.

Through a series of absurd games, ANA grapples with complex questions of race, gender, and national identity with the help of her fellow competitors, Latina pageant queens representing Colombian departamentos —or states— with similar questions of their own. In this clusterfuck of diasporic futurity, MISS-TIZAJE contends with unsavory contradictions within contemporary notions of Latinxcellence and aims to problematize the fetishistic glorifications of hybridity which have historically marked national discourses of racial mixture across the Americas.

The piece draws upon written and embodied performatic methodologies, pulling heavily from Michelle De La Torre’s ethnographic research on Colombian beauty pageants and the performance of cultural citizenship in her fieldwork on Señorita Concurso de La Independencia, an annual pageant organized by the Colombian immigrant community in Houston, Texas.