A Theater and Performance Studies Senior Thesis for Paige Hann 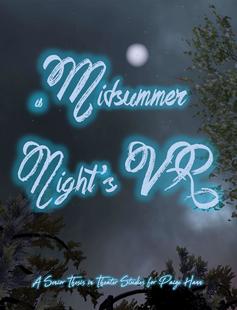 Experience Shakespeare’s classic text in a whole new light. Get up and close with the characters like never before, and step into the story through your VR headset!

Titania and Oberon, the queen and king of the fairies, fight over the future of a young boy.

Bottom (yes, his real name) and his troupe of fellow actors prepare for a performance for the wedding of Duke Theseus and his less-than-enthusiastic bride Hippolyta.

Add in a mischievous fairy armed with love-potion, toss in a few mistaken identities, and you’ve got yourself a Shakespearean comedy!

A senior thesis in Theater Arts studying the implications of virtual reality in the theater and how it relates to accessibility, adaptation, and interactivity.