Relive Your Hatred of Group Work 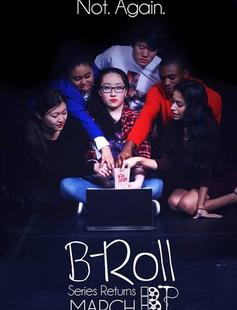 A comedy web series about the highs, lows, and blunders surrounding student filmmaking.

Season One revolved around Chris Henson (John Griswold) and his small team of student filmmakers as they attempted to make a duct-tape commercial in 48 hours for big film contest. Knowing he would need a team, Chris enlists the help of a camera-man—James (Jerry Hsu)—an angry writer—Ingrid (Crystal Liu)—a Production Assistant—Mike (Brian Li)—and his girlfriend/producer— Joanne (Luz Lopez). Things quickly go from positive to sour when Chris’s ego gets in the way, leading to conflicts over story, casting, and on set decisions. With each crew member having their own vices—Ingrid is fiercely protective of her writing and Joanne is more concerned with her costume and nails then the actual project— the commercial ends up being a sci-fi laughing stock.

All Ingrid wants to do is make films. However, after her brief experience working with Chris and had his duct tape schemes last year, her past experiences haven’t been that great. Unfortunately for her, getting a film team on campus isn’t that easy and beggars can’t be choosers. With the reluctant acceptance of help from former friends like Joanne and James, and the addition of three new filmmakers—A quirky horror film fan named Elliot, an overly passionate musical theater fanatic named Samantha, and the always philosophizing Gabrielle—this rag-tag group of students set out with a singular goal in mind: To make a film worthy of being screened on campus by the infamous Film Collective. Faced with haunted equipment, bad rom-com lines, and random song and dance numbers, the team quickly learns that shooting a film is no easy task, and after all of their bickering and problems, what is left?