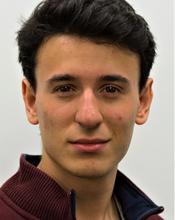 Sam is from Zimbabwe where he has been involved in many different types of theater in many different roles. His first passion is acting and directing where he has won awards for the best overall performer under 25 in the country at a national arts festival of 7,000 participants. He has also been nominated for the best actor (any age) at the national theater for his role in "Master Harold and the boys". Over the last few months he has been teaching theater and is particularly interested in realism, surrealism, absurdism, and theater of the oppressed. As well as acting, Sam enjoys writing and wants to get a better understanding of production in the form of lights, sound, and backstage.