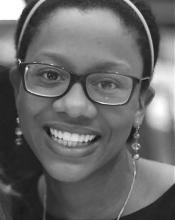 Dara is a senior psychology major who spends the majority of her free time producing independent short films and meeting with Yale students and staff to discuss the ways in which we can approve the Yale film scene. When not sending emails, navigating dozens of Google Calendars, or working a film set, Dara also enjoys photography, Netflix binging, and dancing like nobody's watching with her fellow Branford FroCos. She is so incredibly excited to be the YFA's Founding President and hopes you'll reach out to her with any comments, questions, or concerns.