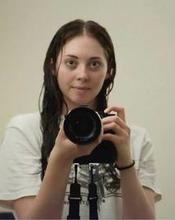 Charlotte is treasurer of the Yale Film Alliance and one of its Yale Film Society liaisons. She is also a co-president of the Yale Film Society, Yale's undergraduate film appreciation organization. Charlotte is a junior in Silliman College, majoring in History. When sheâ€™s not watching movies, Charlotte can be found singing, acting, creating historical hairdos and quoting The Lord of the Rings. Charlotte tried her hand at filmmaking this past summer, traveling with a group of WWII veterans through England and France and making a documentary about the experience. Her favorite films include Days of Heaven, Dreams and The Good, The Bad and The Ugly.