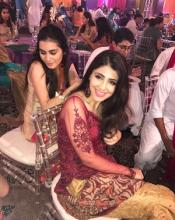 Although I have been involved but with public speaking in different capacities such as parliamentary and declamation debate - my real passion has always been acting. I have been acting since 6th grade. Roles I've played in include 'The Mad Hatter' from Alice in wonderland, 'Hecate' from Macbeth, 'Yum-yum' from a Japanese musical, the Mikado, 'Napoleon' from Animal Farm, 'Alfieri' and 'Marco' from a view from the bridge. Most recently I played 'Stanley' from caught in the net. I have acted in diverse roles and have even directed two short plays. I look forward to being a part of this production in any capacity!