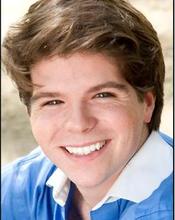 Alexis is a junior double Film Studies and Theater Studies major. Before coming to Yale, Alexis acted in Film, on TV and doing French voice-overs for American movies in his native Montreal. Since getting into Yale, Alexis has been involved in more than fifteen theatrical productions, mostly Sudler shows, as an actor, producer, and working below-the-line in such capacities as master electrician, lights crew, general crew, house manager, usher, and really just doing anything/whatever needs to get done. Alexis has been complementing his acting and playwriting training and liberals arts education at Yale by spending his summers interning in the Film and Television business in Los Angeles and New York City. He has also trained with Upright Citizens Brigade. Check out his IMDB page for full details. I am always available to help with theatrical productions and offer advice to people just beginning to get involved in Yale’s theatrical scene. I am also eagerly looking to connect with like-minded Yale creative minds, develop professional connections, and contribute with my fellow theater artists.