Since the festival’s inception in 2015, the Yale Student Film Festival has served as a platform dedicated for student filmmakers, and lovers of cinema from across the world to share and celebrate each other’s work.

After pandemic restrictions loosening, the 2023 festival is back at Yale. From Friday April 21st through Sunday April 23rd, guests, filmmakers, and students will reunite to make flourishing connections, especially for students that are entering the industry with a high level of technical and storytelling ability.

For the first time, the festival is also accessible to high school filmmakers with the opening of a new category, and a full scholarship at the Prodigy Camp, located in Leavenworth, WA, for the winner of the Connecticut high school competition.

The festival is looking forward to hosting several speakers, Q&A’s, panels, workshops, and screening blocks, organized by the Programming Advisory Committee ( a group of Yale Undergraduates) based on common themes of the films. These short films will then compete in various categories for prizes, chosen by a panel of alumni judges, followed by an awards ceremony, and a closing reception.

Through the collaborative effort of the Yale Film Alliance, the Yale Film and Media Studies Program, and the Yale College Dean’s Office, the Yale Student Film Festival board wishes to create a university-wide event that would bring in conversation a diverse group of individuals that share a passion for film. We hope to see you there!

View past years of the Yale Student Film Festival 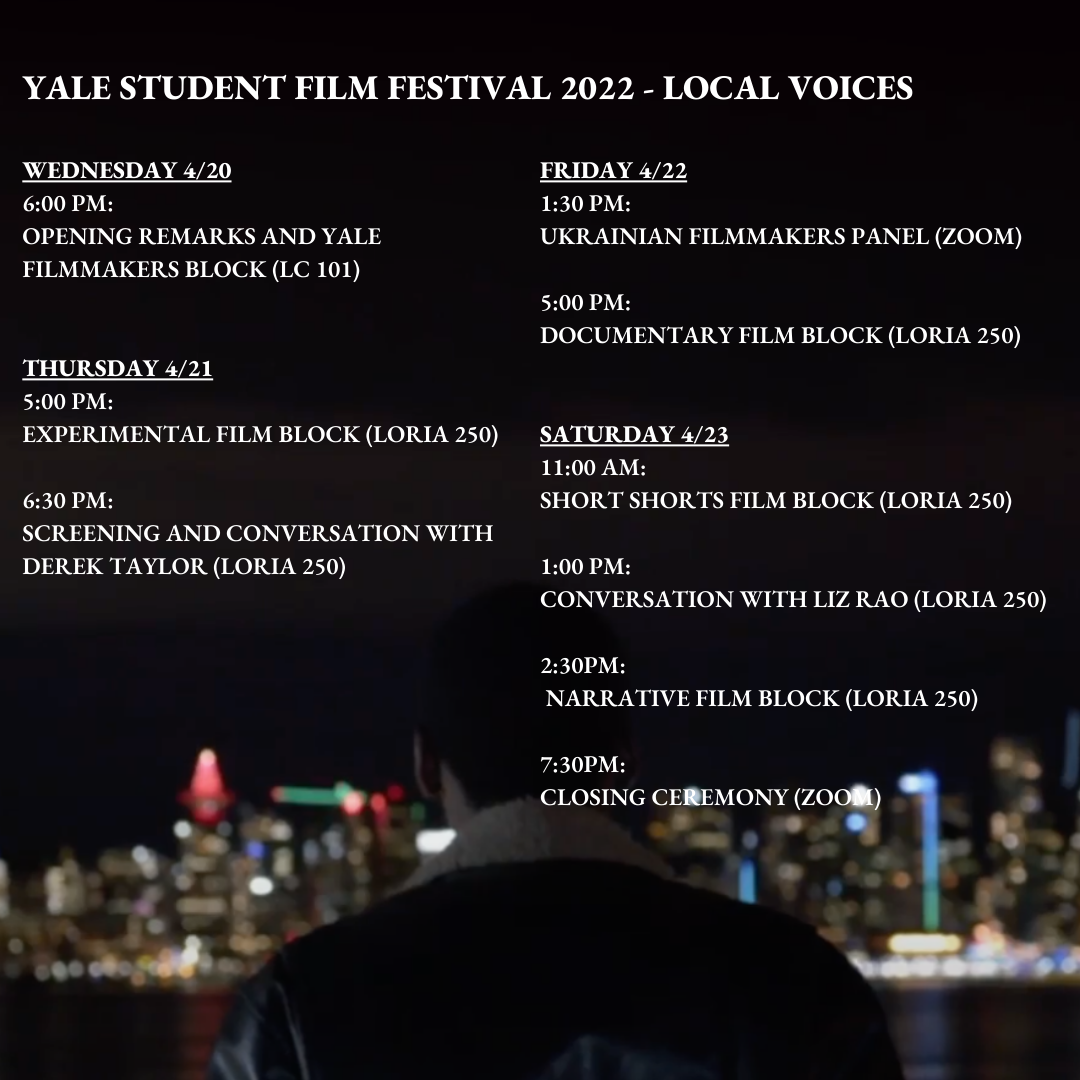