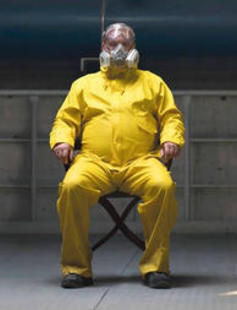 Join us on the opening night of the fifth Yale Student Film Festival for a screening and discussion of the Venice Biennale documentary selection Beautiful Things with director Giorgio Ferrero in person. Wildly ambitious and visually ravishing, Beautiful Things follows four men who work in isolation at remote scientific and industrial sites around the world to trace the rhythms that attend to modern cycles of production, consumption, and destruction.

The screening will take place on Thursday, April 18, at 8 PM in the Whitney Humanities Center auditorium and will be followed by a Q&A with director Giorgio Ferrero.

This event is sponsored by the Dean’s Discretionary Fund for the Arts and co-presented by the Department of Italian Language and Literature.

Giorgio Ferrero is an award-winning filmmaker, composer, and photographer based in Turin, Italy. He currently works as Creative Director of the multidisciplinary studio MYBOSSWAS with collaborators Federico Biasin and Rodolfo Mongitore. He has composed soundtracks for numerous films, theatrical performances, and installations, including works by Paolo Giordano, Daniele Gaglianone, Gianluca e Massimiliano De Serio, and Stephen Fingleton. His own installations have been exhibited at Bordeaux Biennale, MAXXI Museum, Lisbon Experimenta Design Biennale, Palazzo Madama in Turin, Museo d’Arte Orientale in Turin, and Museo del tessuto in Prato. Beautiful Things, Ferrero’s debut feature, interrogates the “bulimic lifestyle” of the modern world through the stories of men in four remotes locations who unconsciously trigger the creation, transport, commercialization, and destruction of things. It won the NEXT: WAVE Award at the Copenhagen International Documentary Festival, and was nominated for the Best Documentary Film at the Fabrique Du Cinema Awards, the Rome Film Fest, and the Taipei Film Festival.