YSFF 2019: An Evening with the New Negress Film Society 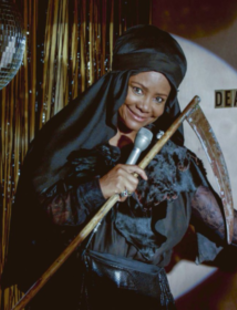 The Yale Student Film Festival and the Yale Black Women’s Coalition present a program of short works by the New Negress Film Society, a collective of black women filmmakers whose priority is to create spaces for support, exhibition, and consciousness-raising. Womanist in content and experimental in form, these films run the gamut from documentary portraits (Ryann Holmes) to a mock cable-access children’s show starring a Grim Reaper host (Everybody Dies!).

The screening will take place on Friday, April 19, at 7 PM in the Whitney Humanities Center auditorium and will be followed by a discussion with NNFS collective members Stefani Saintonge and Yvonne Michelle Shirley.

This event is co-sponsored by the Dean’s Discretionary Fund for the Arts and Films at the Whitney. It is free and open to the public.

ABOUT THE NEW NEGRESS FILM SOCIETY