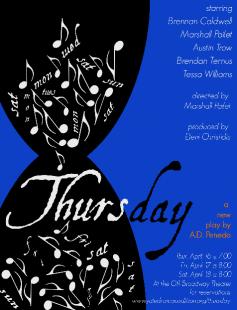 Jack Burns is a miserable overworked lawyer who is estranged from his wife, son and other family and has no friends or hobbies. One day, in the midst of the unmitigated hell which is his life, he finds out that he might have an imminently terminal disease. He’ll find out next Thursday when the blood test comes back.Jack’s particular quandary: Why is it that until now, he hated life so much that all he wanted to do was die, yet now that he really might die, all he wants to do is live? Desperate for guidance, he pays a visit to Dr. Swenson, an extraordinarily upbeat therapist who urges him to embrace life and mend the bonds with his loved ones. At the same time, however, Jack is paid an unexpected visit by a close acquaintance from his college days as a philosophy major - the extraordinarily downbeat 19th century philosopher, Arthur Schopenhauer, who reminds him that all of existence is just a seething caldron of hideous, evil pointlessness and the only hope of minimizing the torment is to cease all striving and withdraw from everything and everyone. Over the days leading up to Thursday, Dr. Swenson and Arthur battle for Jack’s soul, while Jack begins to see his life and the people who inhabit it in a strange new light.

Off Broadway Theater
For all inquiries, please contact:
eleni.christidis@yale.edu