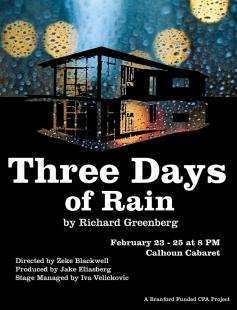 So, then, this is the story as I know it so far:My father was more-or-less silent; my mother was more-or-less mad. They married because by 1960 they had reached a certain age and they were the last ones left in the room.And then they had my sister who is somehow entirely sane.And then they had me.And my father became spectacularly successful, and his partner died shockingly young, and my mother grew increasingly mad, and my sister and I were there so we had to grow up.And today we receive our legacy.