Stones in His Pockets 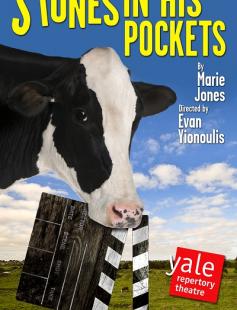 In Marie Jones’s “inventive and riotously funny” (Associated Press) play, a rural Irish village is turned upside down by the arrival of an American film crew. When Charlie and Jake are cast as extras in the movie, they discover that Hollywood’s romanticized Ireland stands in stark contrast to the reality of their daily lives.Winner of London’s Olivier Award for Best Comedy, Stones in His Pockets is staged by OBIE Award-winning resident director Evan Yionoulis and features two actors playing more than a dozen eccentric characters—from the film’s spoiled American starlet to the star-struck locals.For tickets or more information, visit www.yalerep.org, call 203-432-1234, or stop by the box office at York & Chapel. Get $10 tickets with a Yale Rep 6-Ticket Student Pass for $60, or buy student single tickets for as low as $20 each.