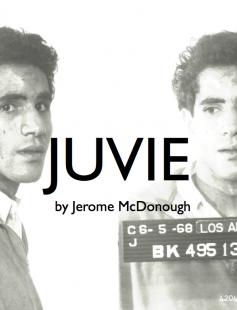 Ranked by the International Thespian Society as one of its members’ most frequently produced short plays and the most honored of Jerome McDonough’s many acclaimed scripts, Juvie has been produced by the full spectrum of theatre in the past 25 years — professional, community, university and college, high school, junior high, children’s theatre and for civic awareness programs — and is as current today as it was when it was first written. Set in a juvenile detention center, Juvie depicts the life of kids who are scared, lonely and locked up. Some are drug offenders, some have killed and some are just misfits. Although the set never changes, the “juvies” venture out of their cells to tell why and how they were caught. The barren cell and lack of props are effective in keeping with each character’s desolation.