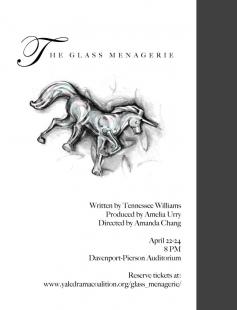 “I am the opposite of a stage magician. He gives you illusion in the appearance of truth. I give you truth in the pleasant disguise of illusion.”-Tom, The Glass MenagerieThe rehearsal process is an exploration of memory- for the cast, crew, and production team alike. The Glass Menagerie does not stage a series of events as they actually happened, but the series of events as one character remembers them. As Tennessee Williams explains, “the play is memory.”