The Basement Among the Stars 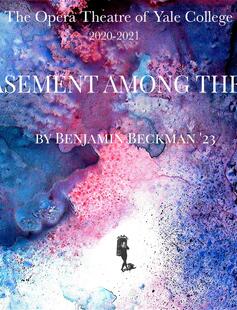 The Opera Theatre of Yale College (OTYC) is proud to announce an upcoming virtual performance of The Basement Among the Stars, a 25-minute chamber opera with music by Benjamin Beckman (’23), directed by Claire Donnellan (‘23). Based on a true story, the show centers on Henrietta Swan Leavitt, Annie Jump Cannon, and Williamina Fleming, three astronomers working at the Harvard Observatory at the turn of the twentieth century. At a time when women were not allowed to publish scientific papers, after making an extraordinary discovery, Henrietta is confronted with the question of whether to go public with her findings, knowing she would receive no acknowledgment for her own work. The Basement Among the Stars is a story of feminist achievement, boldness, daring, and sacrifice.

For all inquiries, please contact:
ben.beckman@yale.edu
Audition For OTYC: The Basement Among the Stars
Find Tech and Design Opportunities