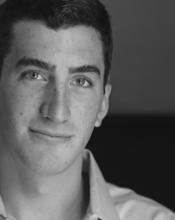 Jordan Plotner is an award-winning sophomore composer. His music has been performed globally in New York, London, Beijing, Shanghai, Kuala Lumpur and Malta and has appeared on television shows on FOX and TLC. He has composed the music for over 20 short films, and regularly writes music for commercials around the world. He graduated from the American School in London in 2012 and was a member of the Royal Academy of Music Junior Jazz Program.